Nintendo’s latest system will arrive on November 18th worldwide. The deluxe edition of the Wii U will cost $349.99 and will come with everything the normal edition has: will have 32 GB of storage as well as a GamePad charging apparatus and a stand for the Wii U. It will be available in black and will also be packaged with the “Nintendo Land” video game. Also the Wii U’s storage can be increased if you have USB drives.

The Wii U in action.

Nintendo also announced almost 50 games will be available during their launch window and said that the Wii U would be exclusively receiving “Bayonetta 2” . Also, Activision said that its heavily-anticipated first-person shooter “Call of Duty: Black Ops 2” would be receiving special features that will cater to the GamePad controller. 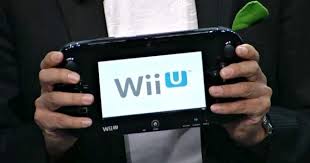 The Wii U GamePad

The Wii U is the successor to the Wii, and like the Wii U it will come with some ground breaking new technology that in my opinion, will revolutionize the gaming industry. The Wii U will come equipped with a GamePad wireless controller that controls your game on the TV screen seamlessly. The GamePad will have features that can’t be accessed through the TV such as for a game like “Zombie U”, the main character can detect zombies with a radar-like  motion sensor only accessible through the GamePad. Nintendo has never failed in the sales department before, I don’t expect them to now.