Black Friday is just beyond yonder and there are drop-ships full of deals for this holiday season, not to mention deals on everything PlayStation! The deals are so vast that I will only mention the PlayStation deal highlights of Thursday and Friday but please feel free to peruse through all the Black Friday ads as you will mostly likely find something you’ve been wanting, needing, or wanting to give to others. 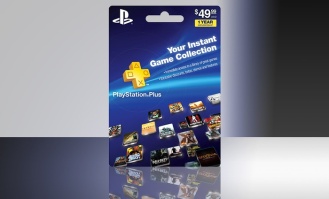 Let’s start with our smallest platform: The PlayStation Vita.

Second, we have our PlayStation 3, where the Guns of the Helghast originated and continue to strive. Everybody that is a member of G.o.t.H. should already have a PlayStation 3 so this Black Friday propaganda applies to those who are seeking to acquire another PS3 console, replace a broken or failing console, or wanting to join G.o.t.H.

Last but not least, we have the future dwelling of G.o.t.H. in the PlayStation 4. Although there are no deals for Sony’s latest console, there is only one bullet point I have for this topic:

One response to “Black Friday: Guns of the Helghast Style”

Let Us Know What You Think ;) Cancel reply