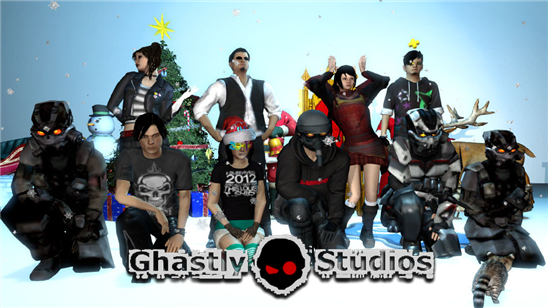 A Note to all potential Applicants.

You do not need to be in the Ghastly Studios clubhouse to participate in machinimas, though you ‘usually’ must be a member within Guns of the Helghast.*

*But only if extras are needed and those participants must be in good standing with the club.

Benefits of Being a Clubhouse Member:

Notice to all members of Ghastly Studios.

What follows is a brief set of rules & regulations governing the conduct of our meetings.  These are not designed to penalize but to create and help maintain an atmosphere of free-flowing creativity and productiveness.

When we are officially in session everyone in the audience is to be seated.  No one is to be out of their seat for any reason unless permission is granted by the host, co-host, or director, that is why there are seats present.  In regards to the director, when the host and co-host hand him or her the reigns of the meeting the director is to be afforded the same respect and authority as would be shown the host and co-host.  Ghastly Studios maintains an open dress-code policy so all are free to wear what they wish unless filming will be required that day, in which case expect instructions in your inbox or upon arrival for appropriate attire.  If one wishes to wear any sort of formal uniform to Ghastly Studios the official LOOT t-shirt or tube-top will be considered appropriate.  The Ghastly Studios club display name and tag are also optional unless hosting, in which case it is necessary to help others realize who is in charge.

Being sane people, for the most part, most caring and creative conduct is allowed but the following offenses will incur a one day suspension from Ghastly Studios:

In some way everyone wants to be part of a Ghastly Studios production, so please be considerate of one another and behave accordingly so that we might all have our close-up time with Mr. DeVille. 😉

Let Us Know What You Think ;) Cancel reply